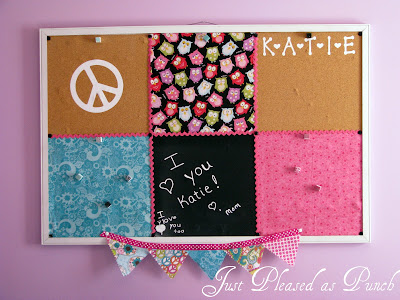 This week, we decided to make a little switcheroo and rearrange my daughter’s bedroom. As often happens, once we got everything moved around, we found ourselves wanting to add some new touches here and there. Nothing drastic, at least not involving paint! Two years ago when we decorated her room, she was big-time into Hannah Montana. Now, not so much. Lesson learned, do not go with character stuff for children’s rooms! I think I was almost more tired of it than she was! We tend to disagree somewhat on styles, so when we saw a comforter and chair that we both thought was cute and on an awesome sale, we snatched them up. So, down came Hannah! 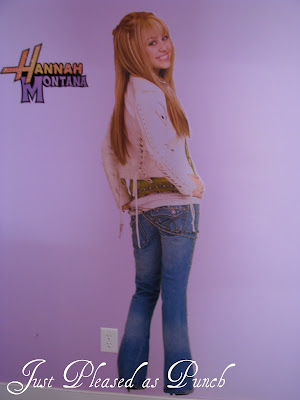 And in came some turquoise in a bold graphic pattern! Love.
﻿ 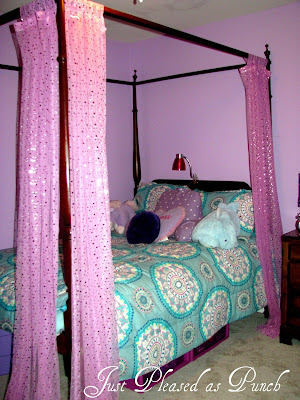 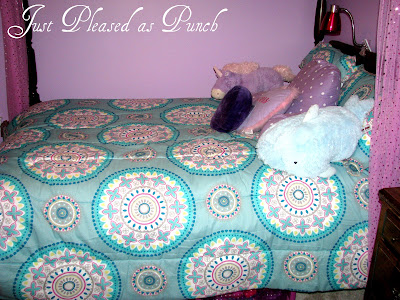 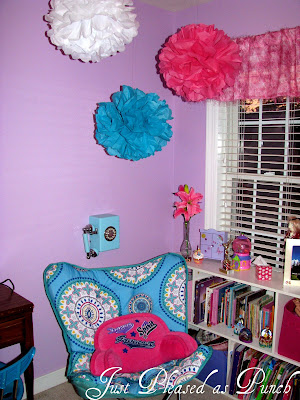 Something was missing above the desk. I had seen a cute bulletin board system in Pottery Barn Kids catalog last year. This was my inspiration.
I immediately began contemplating a trip to Lowes, spending $30 to $40 on supplies, having my husband break out his saw, etc. Then it occurred to me. I had everything I needed to pull this off right here in the house!

I forgot about a bulletin board I had in my craft room. I had picked it up a while back at Goodwill for 3 bucks. At the time, I had used fabric and ribbon to make it into a French memo board (thought I had a pic of it, but I don’t). It was perfect. I ripped the fabric and ribbon off, and broke out some vinyl, fabric, ric-rac, and my hot glue gun. A little white spray paint on the frame, and an hour later I had this. 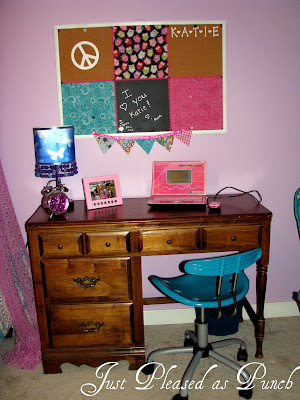 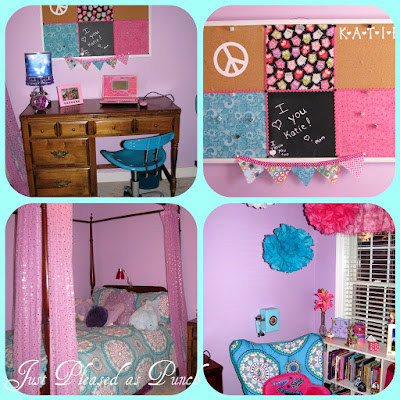 So let’s talk about the elephant in the room. BROWN FURNITURE. I would seriously love to paint it all white, but it was passed down to us by my husband’s family, and I’ve been forbidden to paint it.  Although, the desk is mine from my childhood, so I may do something to it.  I am thinking about this tonal look:

But for now, the brown will have to do.
I’m linking up to these awesome parties: